A just and equitable world nurtured by the active participation of Arab American giving. 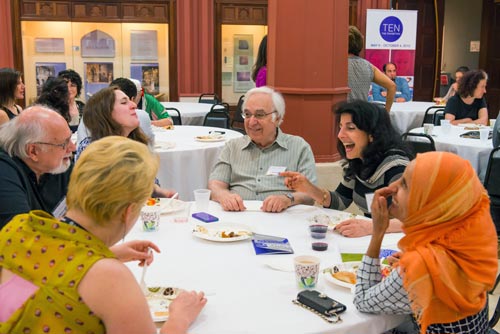 Arab Americans remain underserved and often under-recognized for their contributions to civil society. Through our mantra of “Give Smart. Give Together.”, CAAP empowers the Arab American community to find its voice and take a stand through collective, strategic philanthropy. To be a philanthropist is not a lofty goal. We believe anyone who gives deliberately of their time, talent and treasure is a philanthropist.

Arab culture already carries a tradition of hospitality and generosity. CAAP unifies this generosity to raise the visibility and agency of Arab Americans, and achieve a better and more just society for everyone.

Since 2010, CAAP has grown from housing three donor-advised funds and one impact area fund, to housing more than 170 funds with a variety of purposes.

In 2013 we reached our million dollar total grantmaking milestone. Since 2010, CAAP has granted more than $13 million to causes around the world.

In March of 2014, CAAP launched the first 100 Arab American Women Who Care event in southeast Michigan, and continues to launch new chapters of this unique and exciting event across the country.